Don’t miss the giveaway at the bottom of this post! 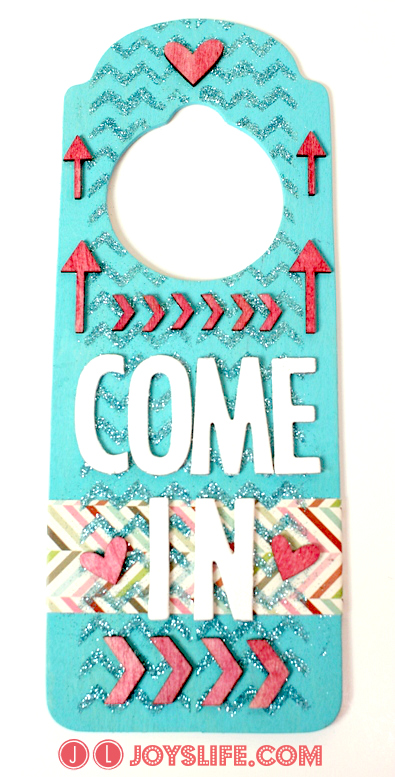 I have needed a door hanger for my craft room for the longest time and am soooo glad I finally made one.  This will let everyone know that it’s safe to enter.  No videos are being filmed, no paint is flinging around and no secret birthday gift is being created.  It’s safe.  Come in! 😉  Read on to see how I made it using one of Amy Anderson’s new Mod Podge Rocks Peel & Stick stencils! 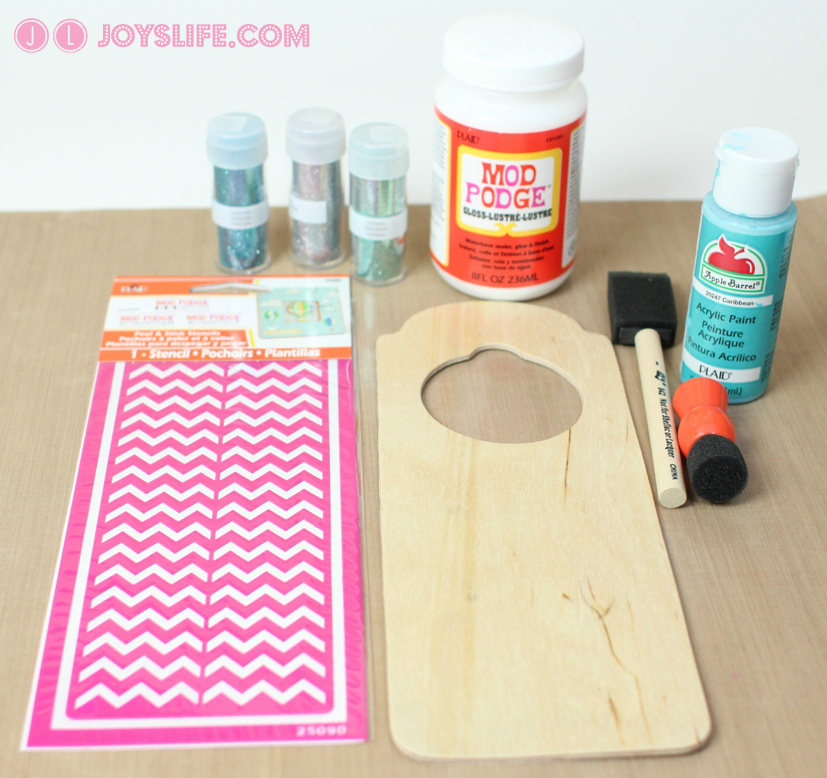 I’m using the Chevron Mod Podge Rocks stencil.  Click here to see them all!  I bought that wooden door hanger for less than a dollar.  YAY! 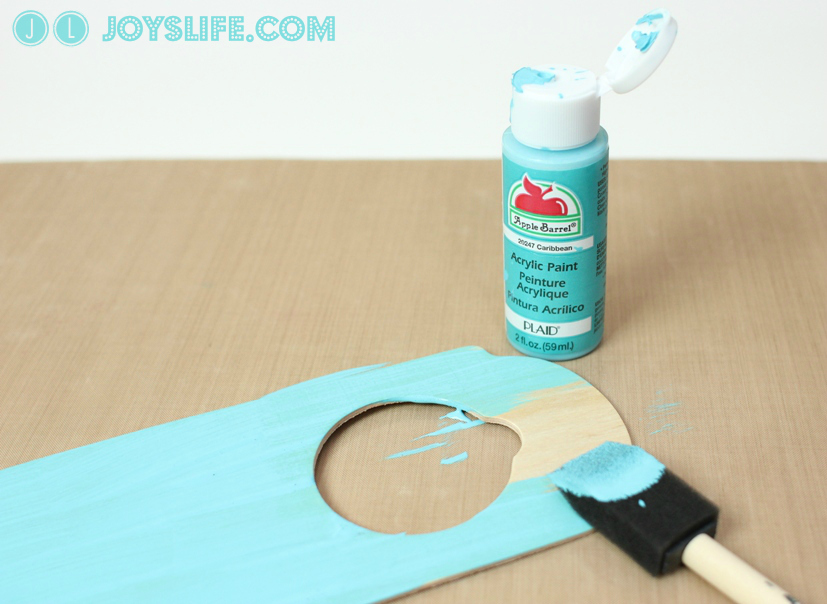 First, I painted the door hanger with this pretty Caribbean Apple Barrel paint by Plaid. 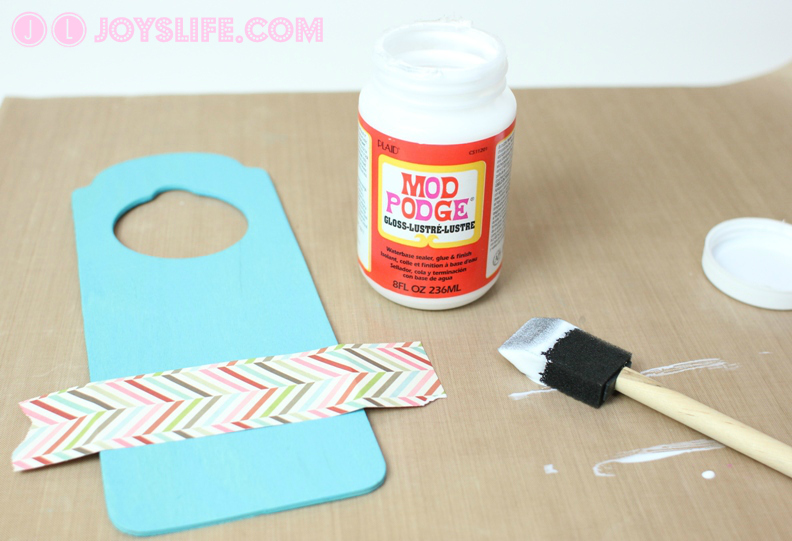 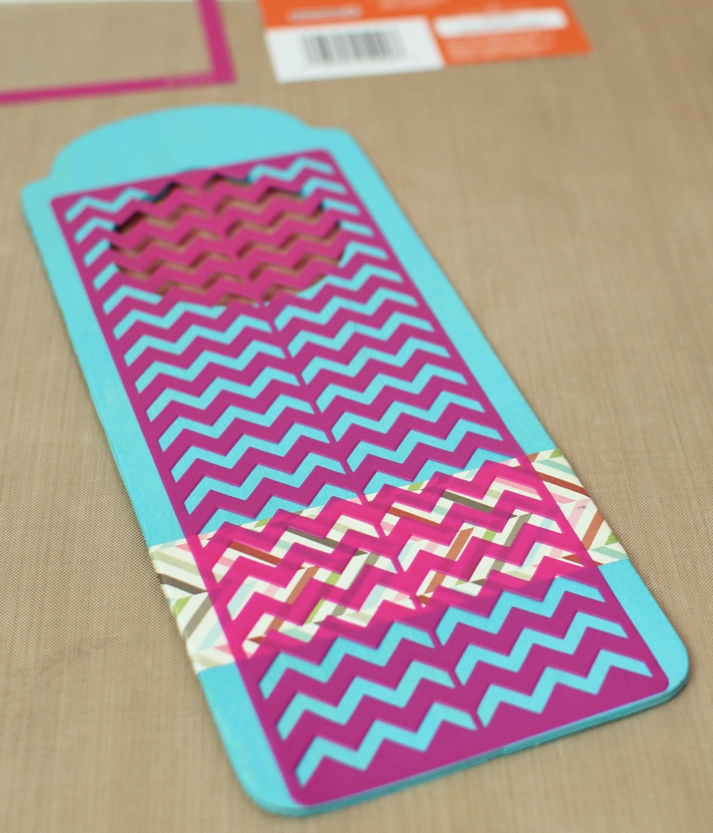 Now for the stenciling fun!  I added the stencil to the door hanger and pounced the stencil with Mod Podge.  After that you’re supposed to peel up the stencil before the Mod Podge dries on it and then add the glitter.  This is where my project was interrupted by a winter storm and my power went out. 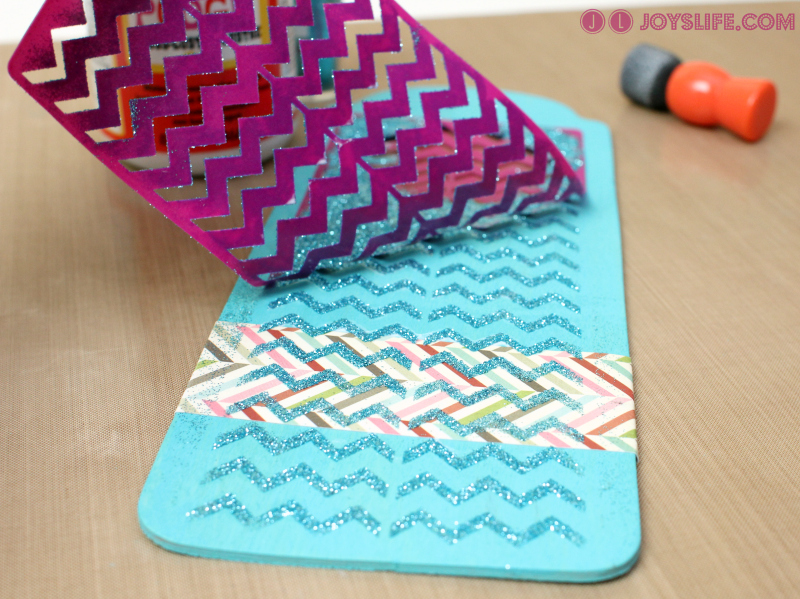 Five hours later we were lucky enough to have our power come back on.  YAY!  However, that’s where I stopped reading directions and thought I knew what to do.  Wrong!  You do not pour the glitter onto the stencil.  Hold the phone!  Shut the front door!  Don’t do that!  Peel the stencil off after you’ve added the Mod Podge and THEN add the glitter to your project!  I will tell you that I was able to quickly wash my stencil and I got most of the glitter off.  YAY!  But still…do it the right way or blame a winter storm, either works.  LOL! 😉 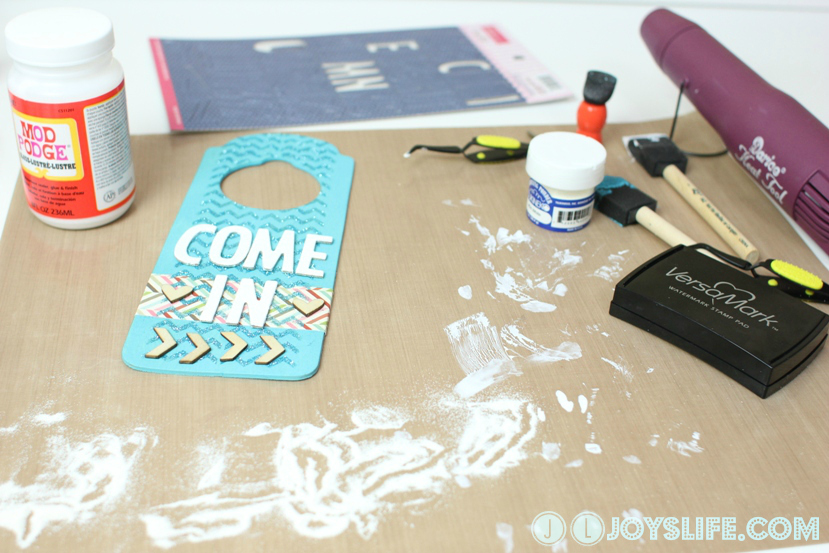 After I got my door hanger stenciled and glittered, I heat embossed some chipboard letters to spell “Come In”.  I colored in some wood veneer hearts and arrows using Faber Castell Big Brush pens.  I attached them to the wood using Zip Dry Paper Glue. 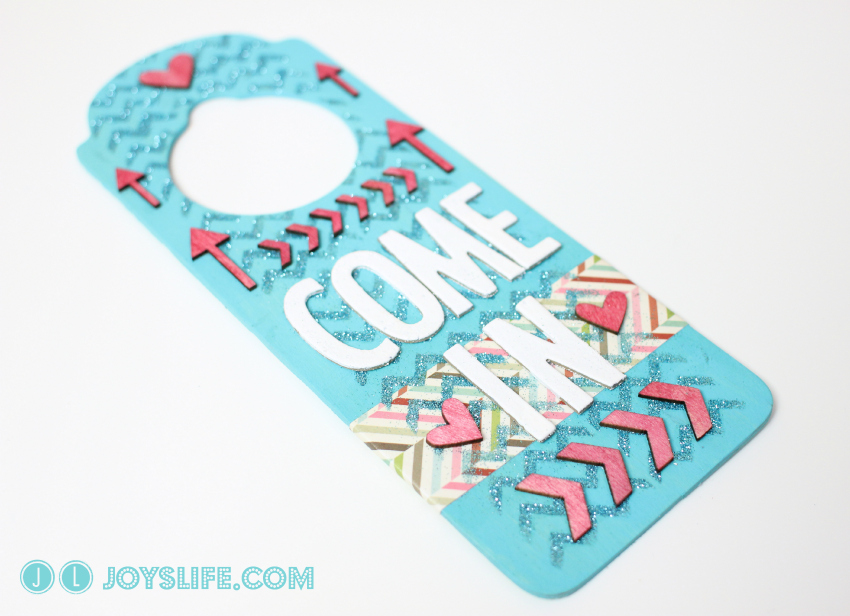 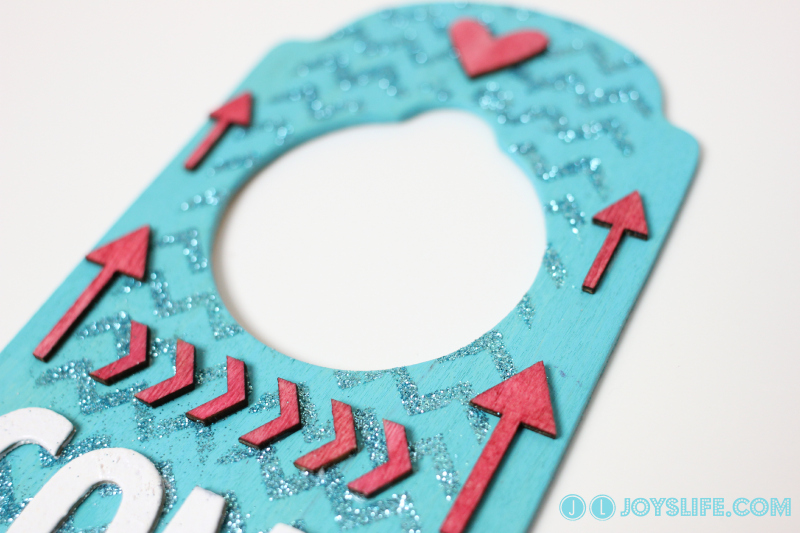 Using the Mod Podge Rocks chevron stencil with glitter gave the door hanger the level of interest that pulled the whole project together.  I love it! 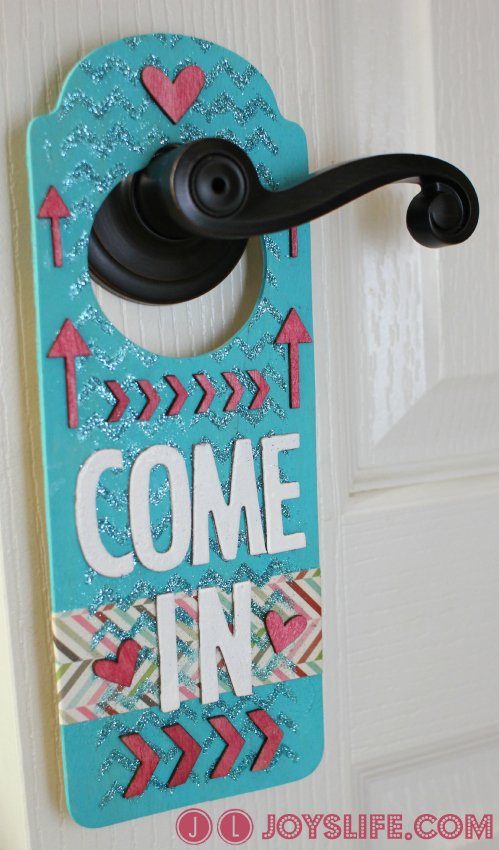 Here it is on my craft room door!

Time for a Giveaway

Congratulations to the winner! 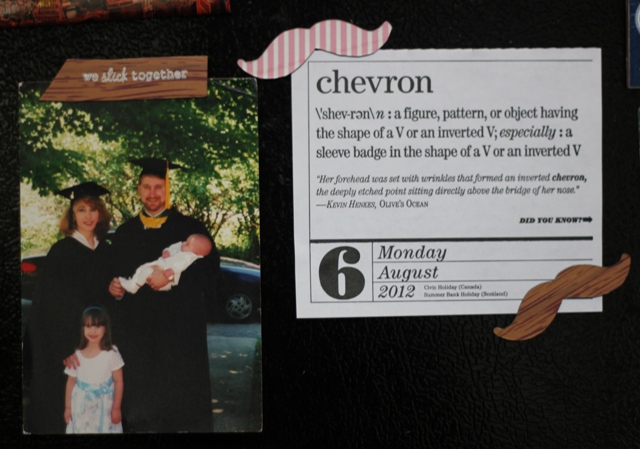 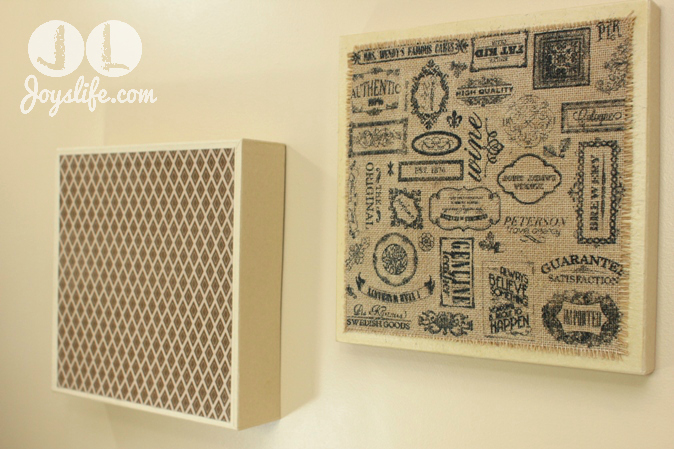 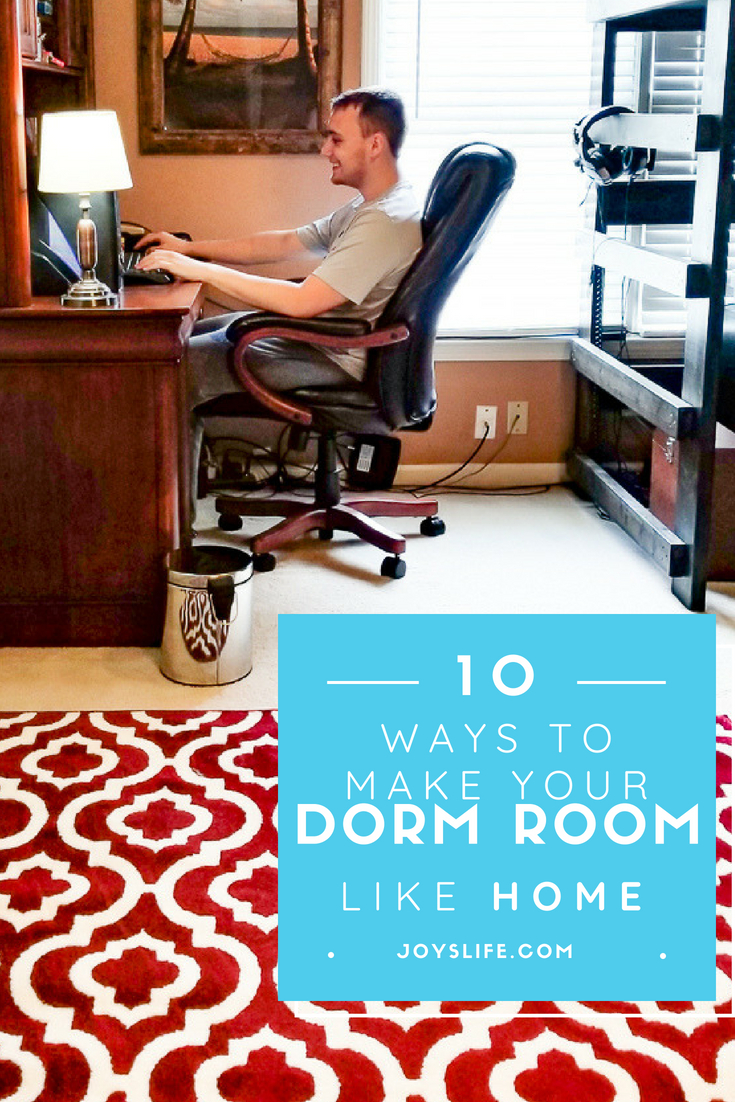 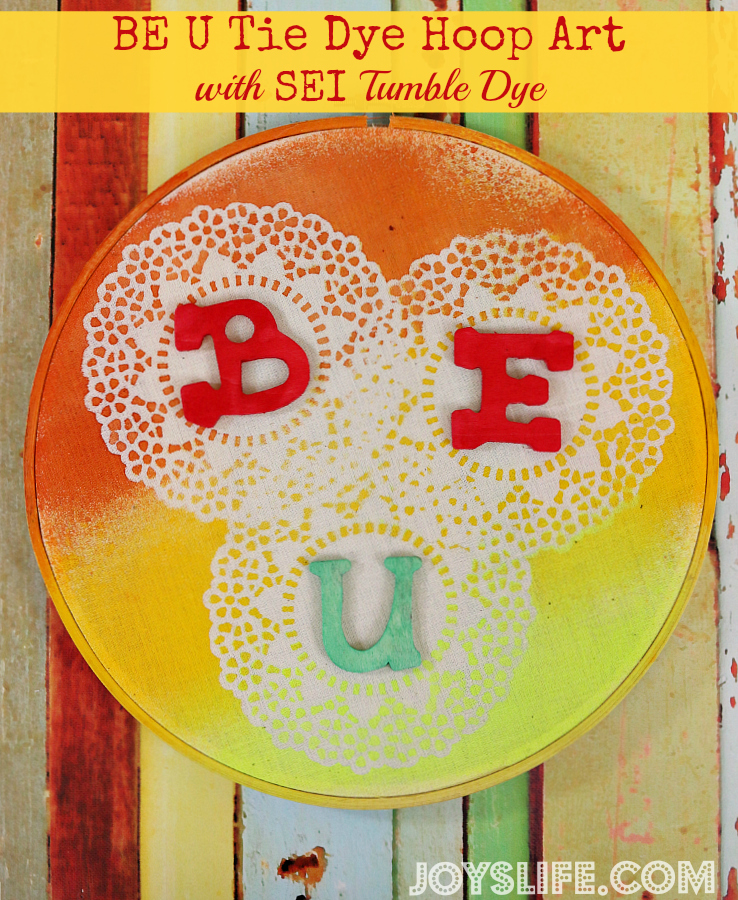