I don’t consider myself old, yet, so I still understand the coolness of torn up/holey jeans, but after returning DD’s jeans to Hollister yesterday, all I could think was…”Am I being punked?”

Over the weekend I took DD <dear daughter> and her cousin to Hollister. I was fortunate enough to snatch a bench directly in front of the store, so I could keep an eye on the girls (at least their comings and goings) without going inside. When I was lucky, I could spot them through a window. Why wouldn’t I go in? Lazy parenting? Tired? Um, no. If you’ve ever been there, and you’re not shopping for yourself…you know why. If you’ve ever walked by the place…you know why. I think you should be initiated on your own, but I’ll go on and spoil the surprise. That’s just a service I provide at no added cost to you.

It’s possible that upon entering you have to sign a waver, but that could just be the bill. It’s hard to tell, because your eyes are probably watering before you stepped into the store anyway. First, they attack the senses. You can smell the store before you reach it. (I must take a moment … we have a surprise guest from the Other Side. It’s not Elvis… it’s Kurt Cobain from Nirvana!)

ME: Kurt! We’re so honored that you stopped by our blog to comment on Hollister. I’m betting Hollister wishes you’d give them a good plug, huh?

ME: Well, I guess you know what I want you to say about how Hollister smells, right?

ME: Wow. Thanks so much, Kurt.

Wow, that was pretty exciting huh? Kurt Cobain. I can’t believe my connections. Anyway, so Hollister sells their own perfumes and colognes in addition to clothing and various things within reach at checkout. The perfume/colognes permeate the air for about a store and half before you reach the front steps leading into Hollister. It’s not an entirely unpleasant smell, but there’s just so much of it.

It’s freaking dark. Yeah, bring a friggin flashlight. I don’t know if it’s ambiance, or disguise. What is odd to me is that Hollister’s whole theme is the beach & surfing. Which makes me ask, why the h@ll can’t I see anything? I don’t associate the beach with the dark. What am I, a vampire? Now a vampire theme, that would rock. I’d shop there, but no, this is the midnight surfing beach store. How dark is it? It’s so dark that the girls can’t even see themselves in the changing room. It’s like a weird circus mirror in there. The background disappears and it’s just you shadowed by some dim, misdirected lighting. You know what else goes well with darkness in a store? A few things. Oddly positioned chairs, cramped rooms, no direct path to anything and wandering, excited teenagers. You could totally fall over something in this store and no one would notice because it’s so dark! They also wouldn’t hear your cries, because it’s soooo…..

Loud! The music is good, really good, but it’s really freaking loud. Hey, you know what I said earlier about not being old. I’m thinking of that bumper sticker, “If it’s too loud, you’re too …” Nevermind. I’m sure that was referring to something else. Let’s move on just in case…

So many senses have been assaulted, including common sense. You can’t see anything clearly, including the clothes and prices. That’s why it’s dark. Insidious. This is where my story really began. By the time I reached the cash register to pay for DD’s jeans and her cousins shorts, I was in a fog. I didn’t really look at the jeans, as if I could see in there. I was just trying to hear what the girl behind the register was saying to me. “What? Huh?” I finally get everything paid for and we leave. When we get home I see that I’ve spent $60 on jeans that have holes all in them. The knees are threadbare, the pocket areas have holes in them, there’s a hole at the pant leg and the cuff looks like it has about 3 washes left before it rips off. So, I suggest to DD that these might not be the best choice. She actually agrees because her shoe keeps sticking to the holes in the cuff and tripping her. Whew. So, now all I have to do is…you guessed it…go back to Hollister.

HOLLISTER, THE RETURN: OH THAT ASHTON KUTCHER IS SO CUTE, WHERE IS HE?

When I return to Hollister with the decrepit jeans, I choose the exact same color and style, but without holes for DD. I navigate my way to checkout. While waiting in line in the dark, I spot something. Impossible. These non-holey jeans are $10 less than the exact same style and cut with holes. Sure enough, when I check out…the girl tells me that the $10 difference will be credited back to me. I stumble out of the dimly lit shop into the brightness of the mall and there’s no Ashton. I wasn’t even being punked. 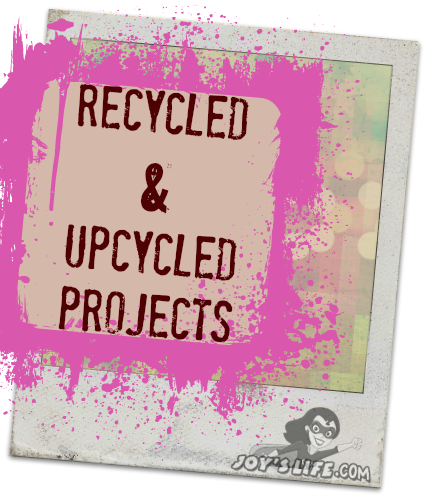 Hey Everybody!  Happy Earth Day!  In celebration of the day I wanted to focus on some of the projects I’ve done that either upcycle (give a new purpose to something no longer used) or recycle.  I love to find new uses for things so upcycling is one of my favorites! See how I replicated that…

Woo hoo!  It’s the 14th of the month which means it’s SuperJoy Loves Her SuperFriends Day!!  Yay!  This is the day that I always do a give away to show you how much I appreciate you coming to Joy’s Life, because I do!  It’s great having you come by and being able to share a…

Unless you subscribe to the Joy’s Life Newsletter then you might not have known that I updated the Cricut Cartridge Checklist.  I told the newsletter subscribers, but then I got busy and never mentioned it here.  Sorry about that! The Newest Cricut Cartridges Are… CRICUT IMAGINE: Christmas Wish, Santa’s Village, Floral Emporium CRICUT LITE: Pet…

Ok, here’s my 1st Cricut Circle box. People have asked if I think joining the Cricut Circle was worth it. Uh…not so far. You can decide for yourself. I got this cartridge which you can check out HERE. I got a bracelet that I didn’t photograph because my nails were wet and I didn’t want… 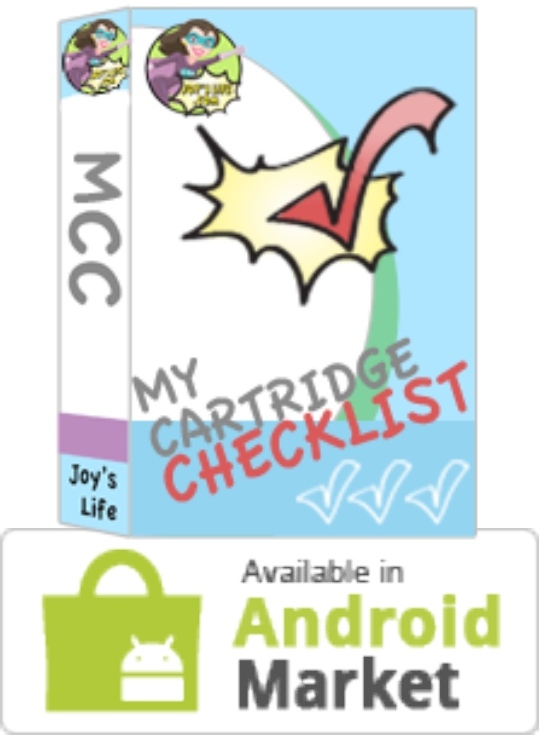 Have you downloaded the My Cartridge Checklist Android App yet?  If you haven’t, you should!  It will help you keep up with your Cricut cartridge wants and haves while you’re on the go.  Click here or the icon above to go to the Android Market (now known as Google Play). Here’s what’s in the new…

SuperJoy!! Ok, everybody!! It’s the 14th, which is also known as SuperJoy Loves SuperFriends Day!! This is the day I give away things to my registered SuperFriends to thank you for being part of my site. All you have to do is leave a comment on this post to be eligible to win.  More Questions? …